For those of us in the Social Media Marketing industry, Facebook’s F8 conference is paramount to maintain a sense of understanding how the social media landscape will evolve in the following year to come.

On May 1st and 2nd, Facebook announced substantial updates to its several products including:

To keep things brief, here is a summary of the critical Facebook’s 2018 F8 announcements all social media marketers should be aware of:

Just tap the share button in the Spotify or GoPro app and your content is pulled directly into the Instagram camera. From there you can edit and add to your story or send it via Direct. You don’t have to connect your Instagram account to other apps in order to share to Stories.

Instagram is investing heavily in their stories platform as it continues to gain popularity and users.  Buffer theorizes that stories may eventually overtake the traditional newsfeed that users are accustomed to.  As a content type, ephemeral “stories” is nearing the billion users milestone; Instagram’s market share is over 300 million daily users.  To gain more market share, Instagram is taking action to make it “faster, easier and more creative.”

Furthermore, Facebook wants to amplify discovery for groups.  Although somewhat vague, Zuckerburg said, “later this year, you’ll be able to discover and join new groups through the tab.” 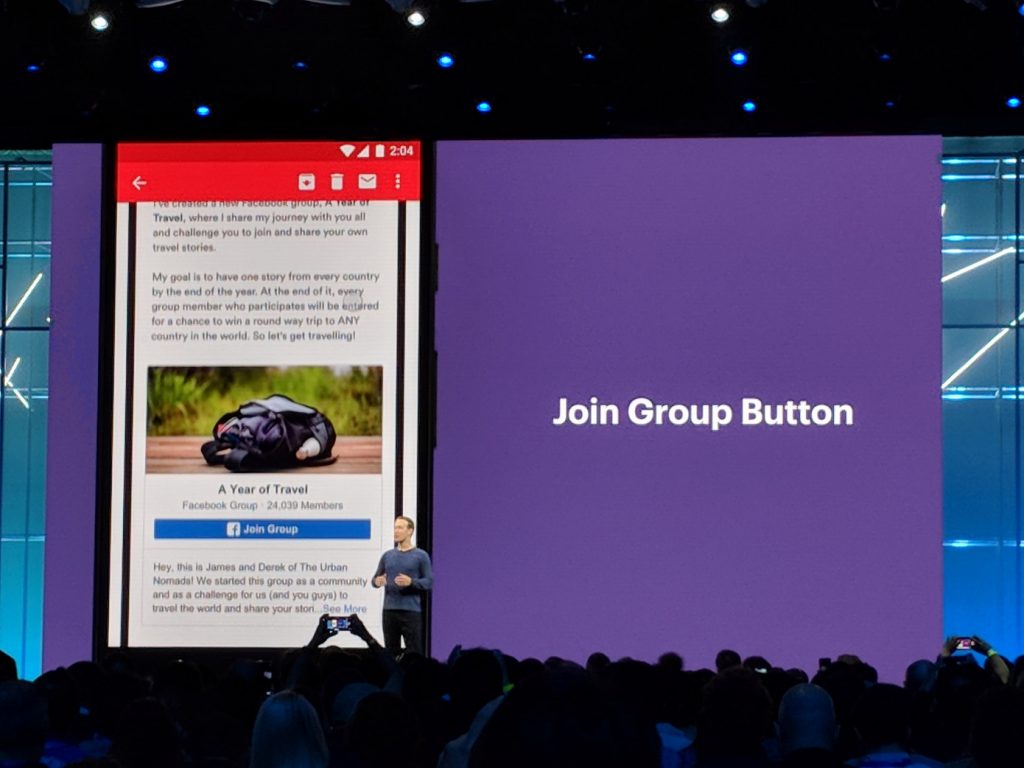 This is an interesting move by Facebook after shutting down the standalone Facebook groups app last year.

A new update will enable Instagram users to do live video chats in small groups as well as one on one via direct messaging.  This is would give marketers, brands and influencers to differentiate their offerings from live public videos.

According to Instagram, over 100 million Instagrammers consume live video daily. 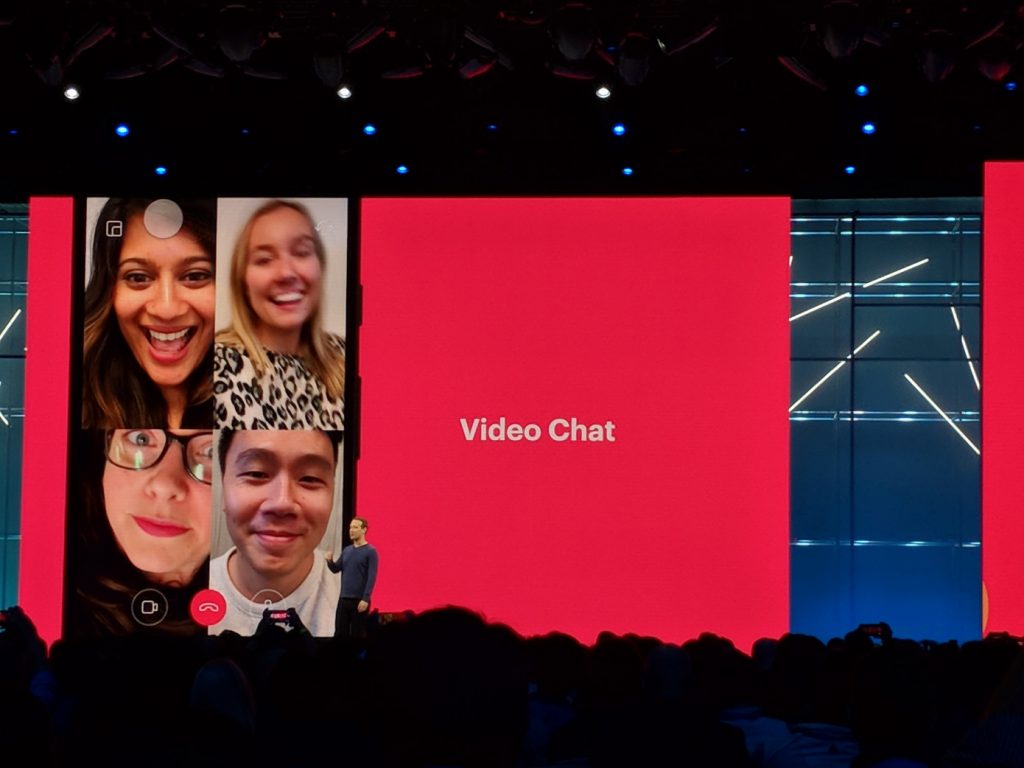 Facebook is focusing on video and group chat services.  It was announced that Whatsapp will also be adding group calling in the near future.

Instagram to Redesign the Explore Tab for Multiple Interests

The explore tab on Instagram has gone through several makeovers.  Once dominated by hashtagged content, the explore tab has been refined several times over as the Instagram algorithm has been put in place to aid in content discovery.

The forthcoming newest iteration of the explore tab will be organized into channels of users’ top interests.

Much like Snapchat filters, Augmented Reality (AR) experiences will be added to Messenger to give brands new tools to experiment with.

The AR will enable users to overlay 2D objects, 3D objects, and animations on top of their image or video and then share in a group, one-to-one conversation, or even add it to their Story.

David Marcus, Head of Messenger, shared some big announcements at the F8 conference.

Messenger now has more than 1.3 billion users every month, and over eight billion messages are exchanged between people and businesses each month on the Messenger platform.

GET WITH THE PROGRAM, WILL YA?

Is Your Digital Presence Not Delivering Business?

Let’s Build Something Great Together